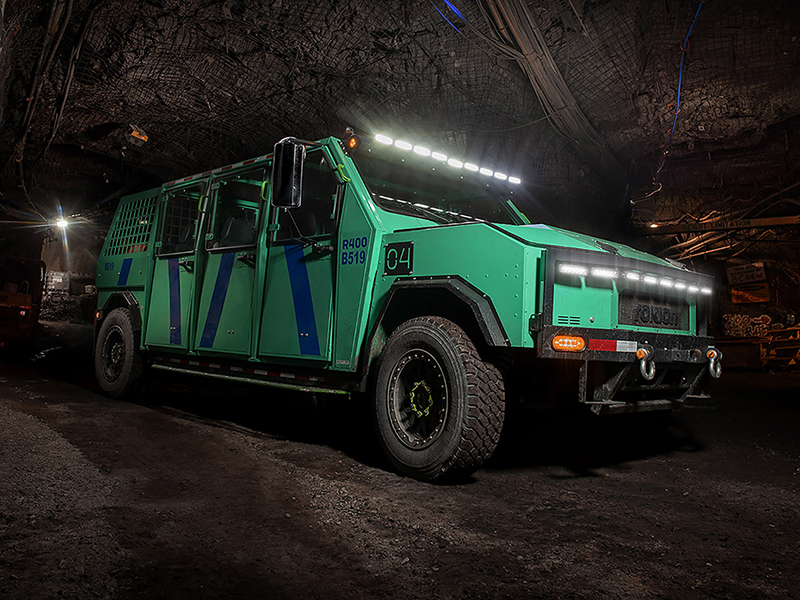 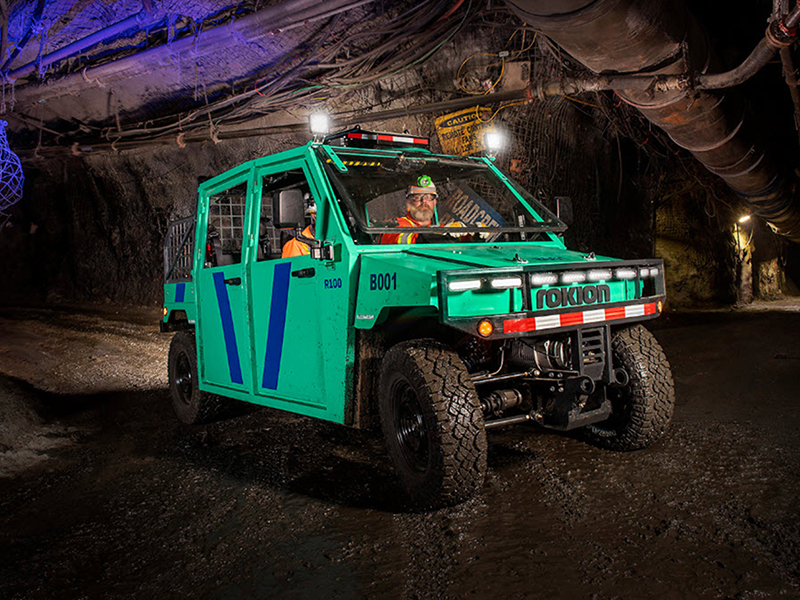 Rokion, a division of Prairie Machine, is a leader in the manufacture and supply of battery powered electric vehicles for the heavy industrial and mining industries.

Rokion battery powered trucks are purpose built to withstand harsh mining conditions and to effortlessly drive up and down ramp, all while producing zero emissions.

The R100 rugged, light-duty vehicle is designed to provide quick access and high maneuverability in confined spaces and high-traffic areas. The line-up includes a four-passenger crew truck and a two-passenger utility truck.

Learn More About the R100 Series 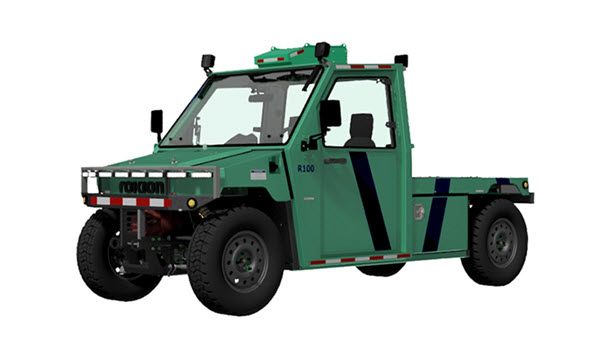 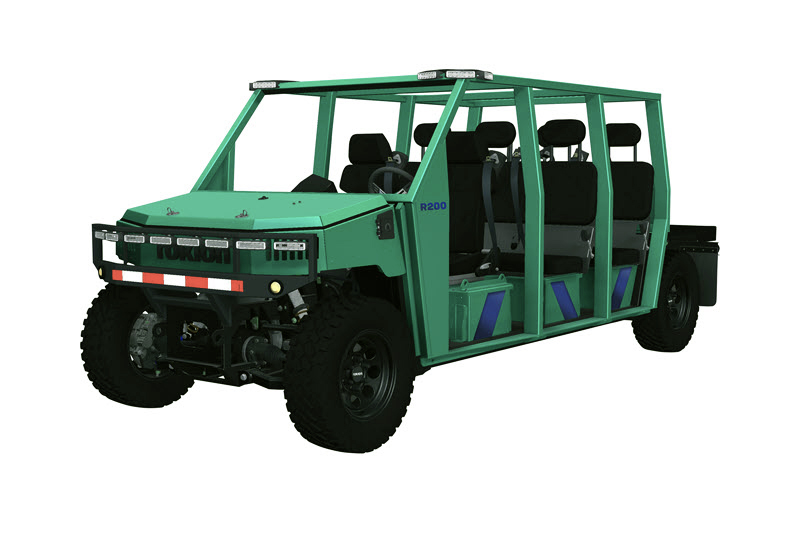 The versatile R200 is designed to provide all-round capability in both hard and soft rock environments. The R200 line-up includes a four-passenger crew truck and a two-passenger utility truck; both models have enclosed cab and open cab configurations.

Learn More About the R200 Series

The rugged, heavy-duty R400 is designed as a ramp-capable crew transporter truck for use in hard and soft rock applications. The R400 line-up includes a nine-passenger crew truck and a three-passenger utility truck, both with enclosed, temperature-controlled cabs.

Learn More About the R400 Series 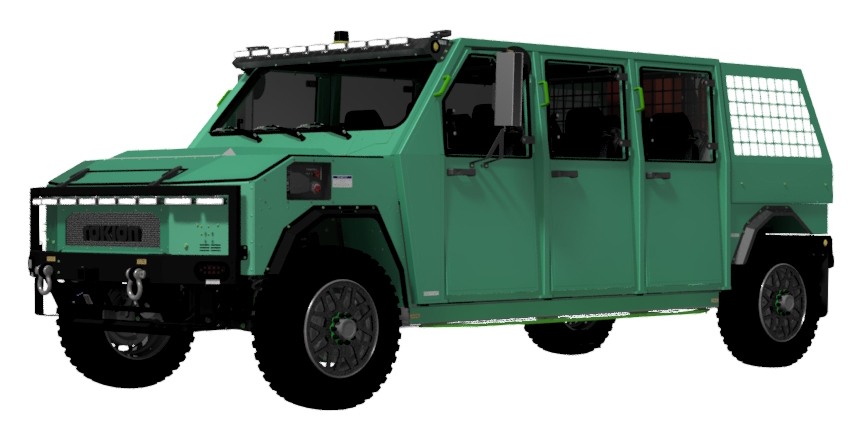 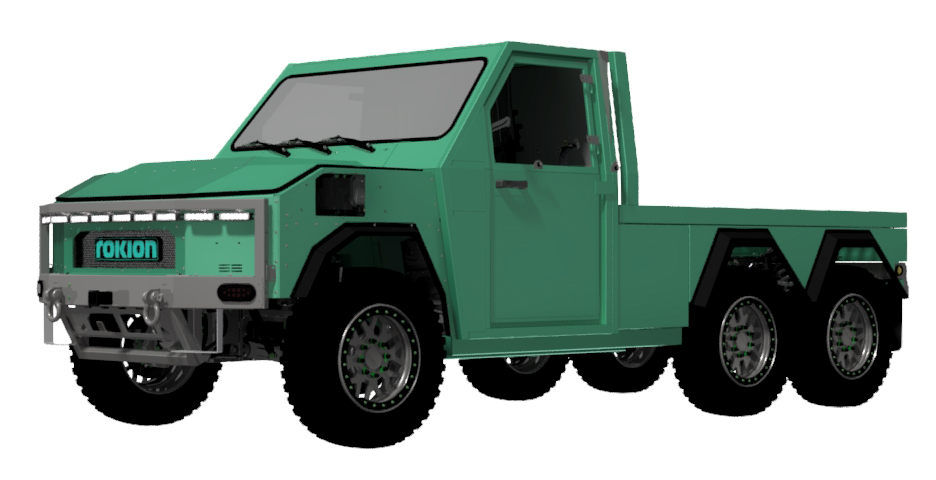 The rugged heavy-duty ramp-capable R600 is for use in any mine application. This three-passenger utility truck is built on the same frame as the R400, but in a tandem wheel configuration. Use rear deck to house mechanical and electrical utility equipment, allowing for quick repairs anywhere in the mine.

Learn More About the R600 Series